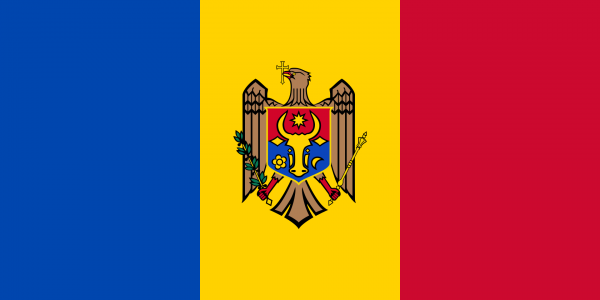 Here are the 10 poorest countries in Europe and complete details about these countries. On the old continent, there are economies that are losing momentum or have stalled. . No suspense, all these countries are in Eastern Europe.

what is the poorest country in Europe 2020?

Currently, Moldova is the poorest country in Europe as per updated list 2020. It has the lowest GDP as well.

which country has the lowest GDP in Europe?

Again the same answer, the Moldova is the lowest GDP producing country in Europe.

With a GDP of only 2,289 USD per inhabitant , Moldova is unfortunately the poorest country in Europe Continent.

The political situation in Moldova

But that’s not all, this country has been going through a geopolitical crisis since the fall of the USSR. Indeed, part of the territory, Transnistria remains out of control of the central power. The “capital” of this land tongue wedged between Ukraine and Moldova is a territory unofficially supported by Moscow. And it has been going on for over a quarter of a century. Transnistria is a bit of the trademark of the destabilization of states organized by Moscow.

When we look at the monthly minimum wage in Moldova, we simply get one of the lowest wage rates in industrialized countries. A few years ago the minimum wage was 45 euros. The median salary is estimated at around 250 euros. The economic situation is so difficult that one wonders if a country in economic transition is not rather a country in distress.

With a population that migrates massively, domestic demand has collapsed. Here the choice is either to go to Russia and Moscow, or to try your luck in Europe.

Also Read: Extreme Poverty in the World is Shrinking

2. Ukraine, one of the poorest countries in Europe

The geopolitical situation of Ukraine

Ukraine has been in turmoil for more than 15 years. It all started with the Orange Revolution between November 2004 and January 2005. Then there were the major Maidan demonstrations against a clearly pro-Russian Ukrainian president. The abuses of Viktor Yushchenko, an elected but cumbersome democratic president resigns in front of the demonstrations of Kiev and the Maidan place. But it was too much for the Russian Federation and it was then that a conflict mysteriously broke out in Crimea first, then the wind of revolt spread towards the east of the country.

Crimea was a territory given by Krutchev from Russia to Ukraine. But at that time all these countries were governed by the laws of the USSR. And the transfer of sovereignty did not cost much at the time. Crimea came under Ukrainian administration, but it remained above all Soviet.

But with the fall of the USSR in 1991, the Crimea definitively left the Russian Federation. It is with a heavy heart that millions of Russians remembered the time when Crimea was Russian. But the Ukrainian troubles orchestrated with the help of American intelligence and spy agencies annoyed Moscow at the highest level. With the annexation of Crimea by Russia and the creation of a large buffer zone in the Donetsk region, the question of the Russian military base in Sevastopol and the question of the integrity of the Russian borders were saved.

Ukraine is therefore today a country in partition. This country nevertheless remains a major agricultural producer. Regarding its surface area, Ukraine also ranks third among the largest European Countries between France and Spain.

In Ukraine when we divide the total wealth created by the number of inhabitants we get an average income estimated at only 2,639 USD .

It must be said that the loss of a very touristy region and the conflict in the east of the country does nothing to improve the country’s economic situation.

The country’s poverty is indisputable, especially when one looks at the level of the Ukrainian “minimum wage”. As of January 1, the minimum wage in Ukraine was 136 euros per month.

3. Kosovo, a small country and a complicated economy

This young state was born out of American voluntarism following the war in the former Yugoslavia. In 1999, this region was placed under the administration of the United Nations. And it will take almost 10 years to find a solution to the problem.

In 2008 a referendum was therefore decided by the Americans. The logic is simple, there are two ethnic groups present, Muslim Albanians and Serbian Orthodox Christians. Over time the Albanians became more numerous than the Serbs. After the 1994 conflict, it became very difficult to make Bosnians, Croats and Serbs live together. Countries have therefore been created in place of the former Yugoslavia.

Regarding Kosovo, nothing was decided at the time and there was a hidden conflict for many years. Finally, the right of peoples to decide for themselves prevails. A referendum is organized and the people sovereignty choose the creation of a new state.

The anger of the Russian Federation is palpable because the Post-dam and Yalta agreements, both signed in 1945, were not respected. As a reminder, the Yalta agreements enshrined the fact that state borders were frozen and that they could not move. And this in order to avoid new conflicts in Europe.

Problem, a small part of northern Kosovo is predominantly populated by Serbs who dispute the legitimacy of the elected government of Pristina. The north of a secessionist state is itself in secession. And all this is absolutely not conducive to the development of an economy.

The history of Kosovo, a disputed territory for almost 1,000 years

This territory of the Ottoman Empire was conquered by Serbia towards the end of the 12th century. But three centuries later, Kosovo is recovered by the Turks. In 1913, Serbia again recovered Kosovo which is considered a key territory in the south-east of the country. It is almost a century later that Kosovo becomes a kind of independent state which is neither recognized by the European Union nor by the UN.

This small country wedged between Montenegro and Greece is one of the poorest countries in Europe. Income per capita is US $ 4,537 per capita per year.

But Albania is not only a poor country, it is also unfortunately a country where crime unfortunately occupies a significant place. Note that this insecurity does not concern tourists but rather the rival bands.

In terms of salary and social benefits, they are practically non-existent. For example, the minimum wage in Albania is around 162 euros per month.

The geography of Albania

f the Albanian coast lends itself to tourist activity, for the rest of the country the situation is more delicate. Indeed Albania is a mountainous country not very favorable with the development of agriculture. More than two thirds of the country is made up of mountains. And unfortunately the only valleys available are not covered with fertile land.

The average GDP in Bosnia and Herzegovina is 5,180 USD per capita .

In Bosnia and Herzegovina it is estimated that a worker spends three quarters of his salary on food. It is in this social context that a few years ago, unrest exploded. Cars and buildings burned down as a result of record unemployment and sometimes extreme poverty.

The population does not understand why the economic situation is so deplorable. Because among all the former countries of the former Yugoslavia, Bosnia and Herzegovina is the one that does the least well. This country is far from economic development, it is also one of the rare countries which is not even a candidate for integration into the European Union.

GDP per capita in Macedonia is 5,442 USD . This small Balkan country whose average salary does not exceed 400 euros also has a record unemployment rate that varies between 20 and 25% of the working population. But when we talk about youth unemployment, the inactivity rate is close to 40%.

Note that the minimum wage in Macedonia is 240 euros net monthly.

The situation is so complicated that the locals go to work elsewhere. It is estimated that more than a quarter of the population have left the country. This small landlocked country of two million inhabitants has therefore experienced a mass exodus of its population. This naturally resulted in a collapse in internal demand and therefore in an absence of chronic growth.

Unusual: up to 280 days of sunshine per year are recorded in Macedonia. Unfortunately the production of solar energy hardly weighs 0.05% of the total production of electricity. Macedonia simply does not have the means to make investments.

The geographic and geopolitical salad of the Balkans

The sun and the Macedonian mountains may nevertheless be a way out for the Macedonian economy. Green tourism could well develop in this country. Provided that the dissension between the Orthodox Slavs and the Muslim Albanians subsides.

A conflict even broke out in the early 2000’s because the Albanians in Macedonia wanted better political representation. Today, the 20 to 40% of the Albanian-speaking population goes so far as to claim, in certain cases. The autonomy of their region or even secession and attachment to Albania. Which does not suggest anything good in the powder magazine of the Balkans.

Relations with the Greek neighbor on the way to normalization

Relations with Bulgaria are sometimes troubled as there is said to be disagreement over the northern border.

Faced with so many threats, on February 6, 2019, Macedonia joined NATO, hoping to be able to benefit from some kind of military protection. If this accession was accepted it is mainly because Macedonia has resolved the difference which opposed it to Greece. Thus the country became the 29th member of NATO.

Wedged between Ukraine, Russia and Poland, this Eastern European country is one of the poorest countries on the continent. With an average GDP per capita of 5,726 USD,  this landlocked country is an industrialized country.

8. Serbia, one of the poorest countries in Europe

In Serbia the average GDP per capita per year is 5,900 USD . With this figure Serbia therefore ranks eighth among the poorest countries in Europe. The average salary in Serbia is around 400 euros.

But we must not forget the working poor who receive less than 200 euros of salary per month and it would be a little less than 400,000 in this case.

With an income of $ 7,669 per capita , Montenegro is certainly one of the poorest countries in Europe. But it can be said that he is doing quite well compared to other countries in the Balkan region.

As for the minimum wage, employers cannot pay their employees less than 290 euros net per month.

The average income in Bulgaria is US $ 8,031 per capita per year. However it should not be mistaken, some regions of Bulgaria is one of the poorest regions in Europe.

The question of the use of European funds in Bulgaria

Although this country is part of the European Union, it is important to remember that it does not benefit from any aid. Why? Well, quite simply because the Brussels authorities suspect a hijacking of these by the President in person.

Hopefully you like the post and gain lot of info about the poorest nations in Europe. Please share this article and give us credit of our effort for collecting the accurate data. Thank you!